No items found.
Product is not available in this quantity.
 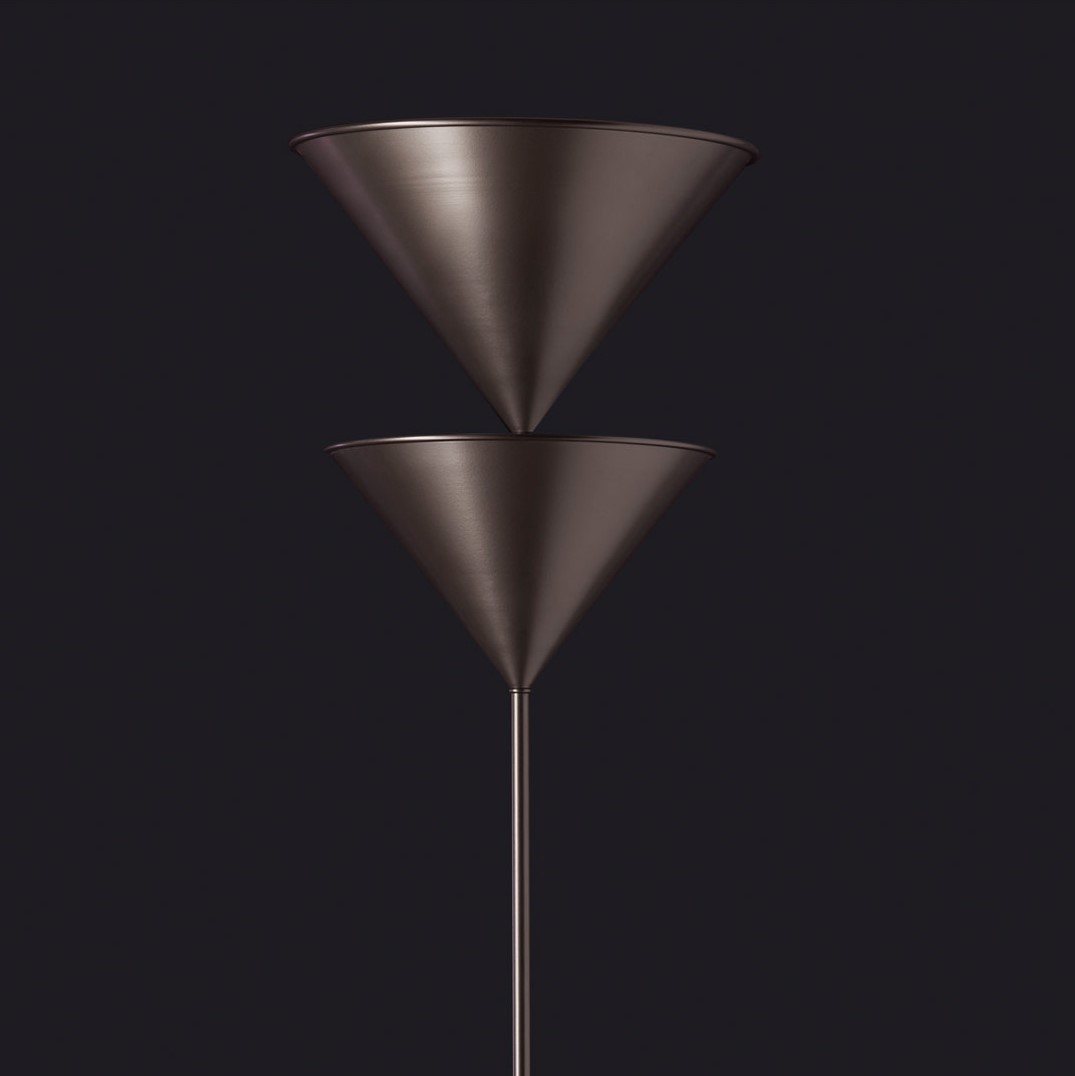 Alongside Sonora and Atollo, Pascal perfectly describes the Vico Magistretti’s design aesthetics: extremely pure geometric shapes, combined to create functional, symbolic compositions. In Pascal, the cone is enhanced by its repetition. At the end of the stem, supported by its metallic base, two overturned cones are positioned as if they were balancing one on top of the other, inside which the light sources are hosted. However, the use of geometry does not represent an aesthetic subterfuge, it is used for a fundamental practical reason: while the upper cone hosts a LED circuit and acts as a “luminator”, the lower one hosts two E27 bulbs and transforms the inclined walls above into perfect reflectors, therefore resulting in ambient light being directed downwards. Its dual-circuit switches confirm the two-fold use of this lamp, making its functions entirely autonomous. In this way, by means of duplication, Pascal transforms a floor lamp emitting light upwards also into a reading lamp, without adding anything to the absoluteness of its design.

Specifications
Width
13.7
in
Length
in
Height
78.8
in
Available in
Tech Specs
This product is out of stock.
Product is not available in this quantity.
Request a Quote
Back to Products